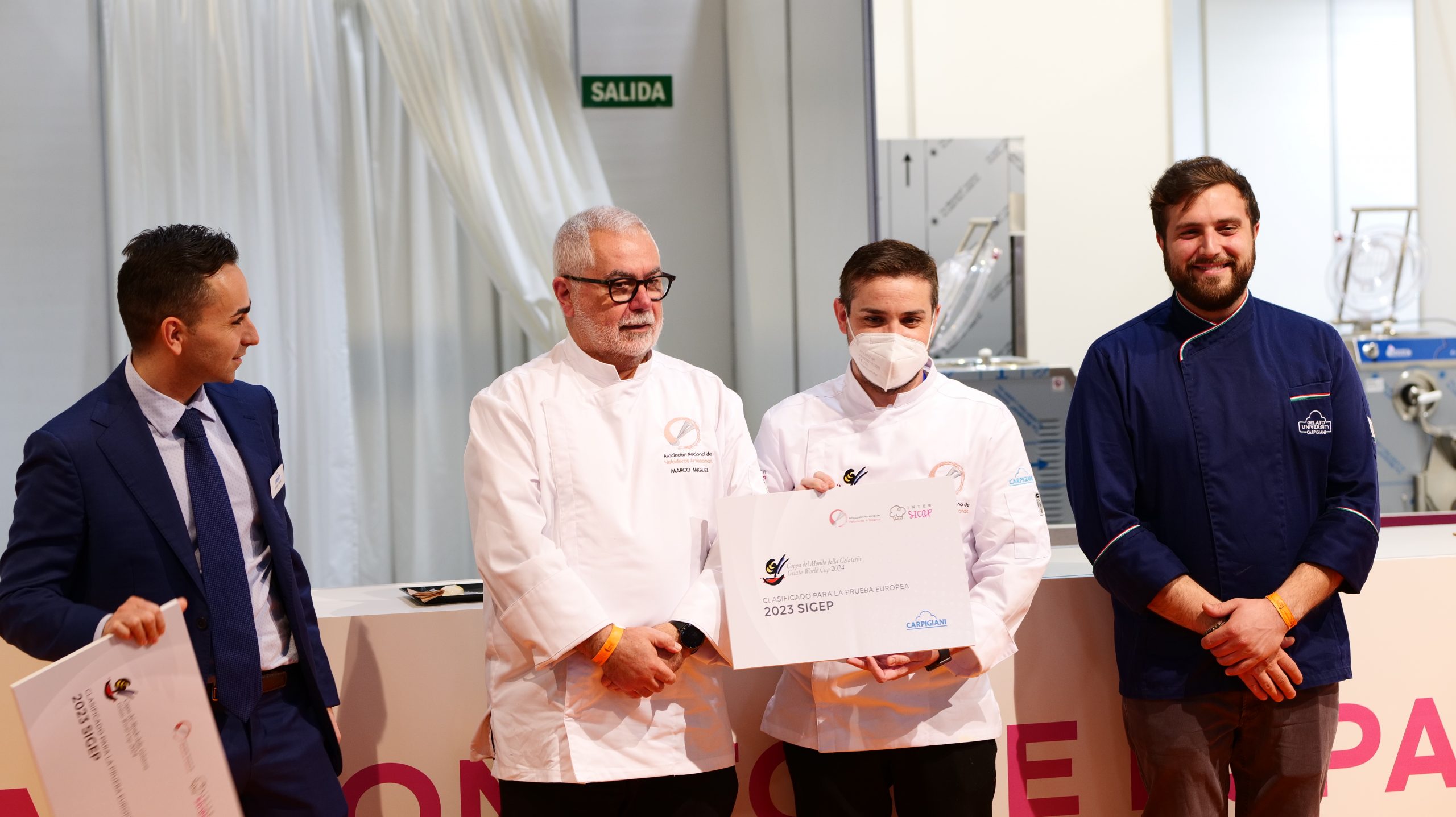 The Spanish team that will participate in the European Gelato World Cup has been selected at the Intersicop.
The rules of participation ‘by right’ in the Gelato World Cup (CMG) have changed. Sigep will host the first European Gelato Cup in 2023, an elimination round in which the European teams that will participate in the 10th World Cup, to be held in Rimini in 2024, will be chosen.
The team that will represent Spain in this European qualification was selected on February 21, 2022, as part of the Intersicop. In the world competition, each team must consist of five members: a president and four professionals with knowledge in ice cream, chocolate pastry, ice sculpture and haute cuisine. Only two categories of professionals participated in this national test (a gelato maker and a pastry chef) who competed in the mystery box tests, single portions of gelato in decorated glasses and artistic gelato cake. The other components will be added later.
The gelato-pastry duo Adolfo Romero and Pepe Isla have been selected to represent Spain in 2023 in the new European Gelato Cup, an elimination phase in which the European teams that will participate in the 10th Gelato World Cup will be chosen, which will return to Rimini in 2024.
The selection took place on Monday 21 February, at the Intersicop fair, by a jury composed of Michele Bartolini, Carpigiani technician; Stefano Caruso, export director of Carpigiani, and the president of Anhcea, Marco Miquel.
As Romero explains, his buffet was dedicated to the phases of the moon. “In the lower part there is the moon and vertically a plate of chocolate sealed with different shades, ending with a final plate that would be the sky, the universe. In addition, the chocolate plates form the word moon”.
Inside the buffet were two pieces. On one side a glass with a moon half sphere (inside almond, honey and yuzu), on the bottom a cappuccino cake with crunchy almonds and a vanilla namelaka. On the other hand, a frozen cake in which there is a rocket inside “to go up and see what surrounds us much farther, in the universe,” he says. The cake consists of a coconut and yuzu ice cream, with a passion-vanilla interior and a strawberry and raspberry rocket. The base is of bitter almond sponge cake and is wet with a white icing and glazed inside with shades of gray. As a decoration, the star sugar rings with a ball in the center as if it were a planet.
For Romero, the Gelato World Cup is something very well known, since he was a member of the Spanish team that twice won the silver medal in the competition, in 2016 and 2018. For his part, Pepe Isla, Spanish Chocolate Masters 2015, is responsible for the research and development of Casa Isla, the reference brand for Spain.