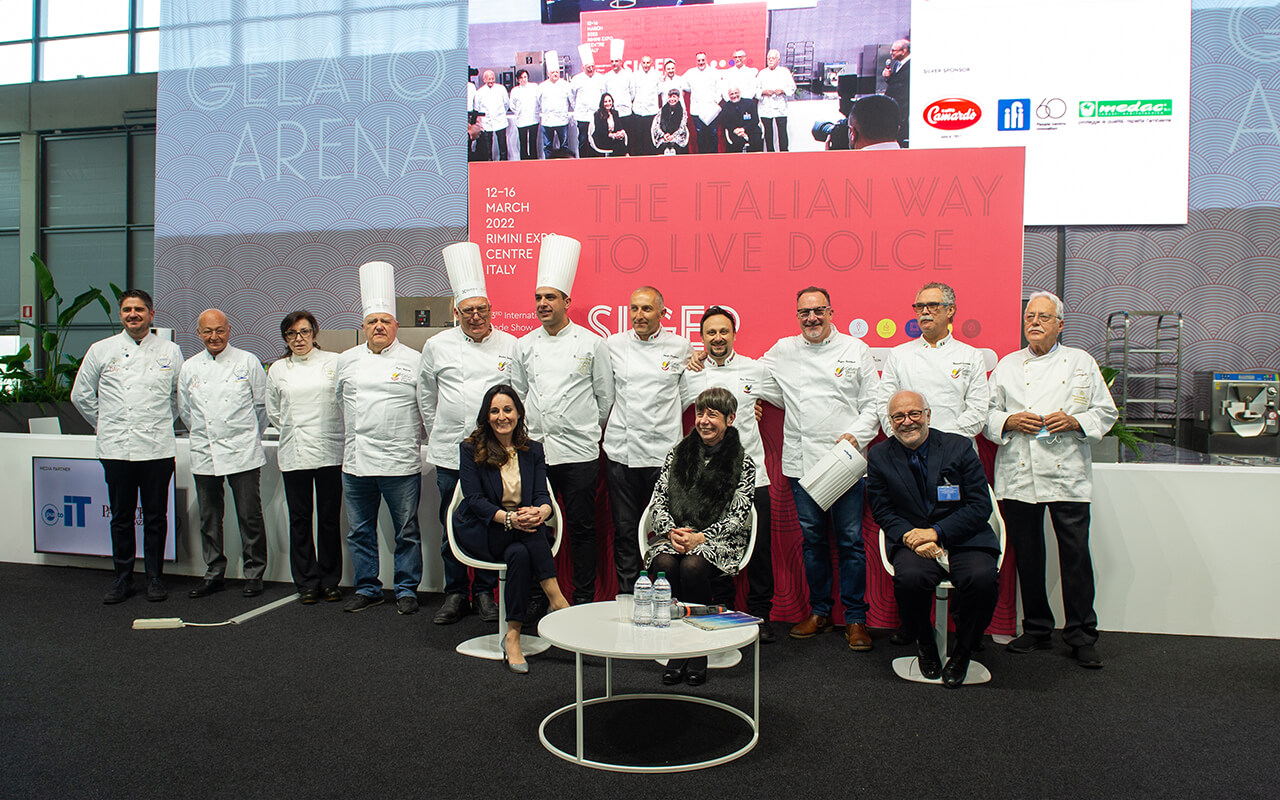 PROMOTERS OF FOOD AND WINE EXCELLENCE AND AGRI-FOOD PROCESSING

Presented at Sigep the application for UNESCO recognition of the qualification of Masters of Artisan Gelato of Italian Tradition as an Intangible Heritage of Humanity.

An art, that of the master gelato maker, who has a long history and plans his own professional future. “It is an honour to announce an event of extraordinary value for gelato makers and artisan gelato. The process for the recognition by UNESCO of the qualification of Masters of Artisan Gelato of Italian tradition as an intangible heritage of humanity has been successfully started “said Luciana Polliotti, journalist, historian of gelato and co-founder of the Gelato World Cup.

The idea is to qualify training schemes and educational excellence for some types of artisanal gelato, through a high-level training school that draws resources from the territory and interacts with 5 circular economy clusters: Agri-food, Transformation, Food and Wine, Tourism, Catering and Hospitality, involving the entire supply chain and the culture of the Territory.

The experimentation with which the Municipality of Cividale, through the Civiform, a school of higher education in Friuli, will pursue innovative objectives of certification and qualification of professional skills otherwise left to be free of interpretation and without a specific and certified professionalism, will be supported by a system of UNI ISO21001 certified management, the new international standard for training. This certified system will make possible to issue a prestigious international certificate to course attendees. In addition, “People Certification” schemes will be envisaged according to the ISO17024 standard which will give a status of professional relevance with annual checks and three-year renewals to protect the qualification and protection of the professional figure of the Master of Artisan Gelato of Italian Tradition, as promoter of the excellence in food and wine and agri-food transformation.

The constitution of the Institutional Committee will allow the management of the candidacy through the results of the Technical and Scientific Commissions which will propose all the characteristics and protection requirements of the profession of Master Gelato maker to protect the excellence of the Italian artisan product.

The next step will therefore be to involve Bodies and Institutions of the Italian Territory in support of the Institutional Committee for the identification of training projects in each Territory that act as guarantors of the quality and excellence of Raw Materials and Processes of Italian tradition. In addition, for the performance of the circular economy, specific projects can be developed that enhance the entire Agro-Food and Food and Wine chain.