Born in Udine, in 1985 he opened the “Fiordilatte” Gelato Parlour. Manager of the ice cream makers’ association of the province of Udine since 1988 and of the Confcommecio group of gelato makers group of the province of Udine since 1990. Member of the Italian Gelato Academy from 1998 to 2000. National President of the Fipe Confcommercio Ice Cream Makers’ Coordination Committee since 2000.
President of the World Gelato Cup. Teacher in Friuli Venezia Giulia training schools.

Journalist and historian, particularly regarding to gelato and gastronomy, contributes to newspapers and magazines and has taken part in many TV and radio programmes. Was editor of Italian trade magazines “Il Gelatiere Italiano” and “Gelato artigianale”. Also managed the Study Centre for highlighting and developing Italian artisan gelato. For the “Grandi Libri Mondatori” collection, published “Gelati, Gelati” (1999), which was part of the “Circle of Gold”, the five most important cookery books of the year at worldwide level, and was awarded the Versailles World Cookbook Award. Publications also include “Segreti e virtù del gelato artigianale” and “I pochi segreti e le molte virtù del gelato artigianale” with Luca Caviezel and “100 anni di gelato artigianale italiano 1910- 2010”.
Is a member of the founding committee of the Gelato World Cup, was elected communication ambassador in 2012 by Editrade Srl and is historical curator of the Carpigiani Gelato Museum, inaugurated in 2012.

Previously joint-owner of several prestigious cake and delicatessen shops in his home area of Brianza. Consultant to companies working in the sector. Training is his vocation. A founding member of the Italian Academy of Pastry Chefs. A highly skilled master in terms of both culture and technique. Skilfully combines the disciplines of gelato and pastry making to achieve precise ingenious results.
Chairman of the jury of the 2014 Gelato World Cup. Winner of the Gelato World Cup as trainer in 2006 and 2012.

Class of 1981, born in Rimini and graduated when she was 22 years old in Advertising Communication
at the University of Urbino.
In 2003, she began her experience in the Rimini exhibition center, before named Rimini Fiera and now Italian Exhibition Group. In 2006 she started working in the team of Sigep, the International Trade Show of Gelato, Pastry, Bakery and Coffee, as Sales Account for the Gelato sector and in 2019 she became its Brand Manager.
She has a great expertise in the artisan gelato sector, and she dedicates her daily commitment to its
spread throughout the world as the flag of Made in Italy. She is a member of the organizing committee
of the Gelato World Cup, the most important and prestigious event dedicated to the most delicious
Italian dessert of the five continents.

Gelato artisan, in 1980 joined his father in the family business and in 1990 became the owner. Has accumulated in-depth knowledge of the Gelato world, participating firstly in professional training courses, then with dedicated study of food and nutrition science and round tables with Italian and foreign colleagues and leading companies in this sector.  Since 2003 has been teacher at the Ciga Hotel Costa Smeralda and since 2012 ALMA teacher. In 2004 came 3rd in “The Gelato is Served” and in 2006 won the Gelato World Cup at Rimini’s SIGEP.
Consultant with Carpigiani Gelato University from 2001. Received an award from the Municipality of Gibellina for gelato excellence and from Il Gelatiere Italiano trade magazine as a world milestone in gastronomic (savoury) gelato. Frequent guest on television transmissions and at trade events. Represented the new frontiers in gastronomic gelato at Udine Good trade fair in 2011.

A graduate of Montecatini Terme State Hotel School, grew up with enthusiasm and passion for the artisan world. For no less than 18 years travelled round Europe building up important culinary experience and acquiring valuable skills as both a restaurateur and gelato artisan. In 1992 opened his famous “Bottega di Gelateria” in the heart of San Gimignano. The only gelato parlour in the world mentioned by Lonely Planet among the top ten “best gourmet locations in the world” in 2011 and, that same year, was nominated gastronome personality of the year by FISAR.
Currently holds the position of vice chairman with the CO.GEL.– FIPE (National gelato makers’ committee of the Federazione Italiana Pubblici Esercizi), and teaches at the Gelato 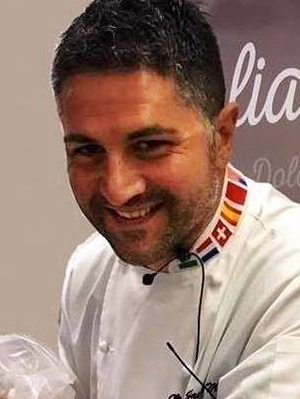 Pastry chef, chocolatier, specialized in dessert-making, in ancient and modern pastry art. The passion of Gaetano Mignano is the creation of artistic pieces. Born in Naples, he represents the third generation of a family of PastryChefs and he is a member of the Academy of Italian Pastry Masters. Among his awards, in 2005 he obtained two gold medals for single-processing and a silver medal for teamwork at the international Kochhkunstausstellung (Salzburg, Austria). In 2008 he was in the Italian team of the Gelato World Cup. He contributed to the victory, making Italy the world champion. Since 2014 he is the technical commissioner in the international jury for CMG, from 2016 he’s part of the Committee, in 2019 he becomes a founding member of the Club Italia of the Gelateria World with Pierpaolo Magni.

Graduate in accounting, has worked with her husband in the “Fiordilatte” gelato parlour since 1985 and is specialized in decorating gelato cakes, semifreddos and cold pastry products. Is responsible for the accounting for the company and for the Gelato World Cup. Has attended professional gelato training courses along with her husband.

Graduate in tourism economics, has worked for several years on the organization of events and as a tutor on professional training courses in the tourism sector and has been a partner in the family business “Gelateria Colalucci” in Nettuno (Rome) since 1990. Now manages the CMG secretariat. Since 2007 has been actively involved in the organization of the CMG. 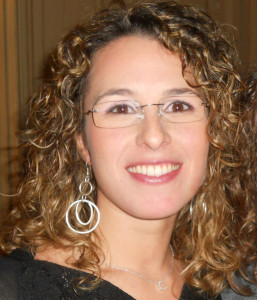 Journalist, graduated in Business Management, Claudia has experience in press offices, digital marketing and event management. Committed to the communication of homemade gelato, she was responsible for Sherbeth Festival communication until 2016 and from 2011 is part of the organizing committee of the Gelato World Cup, she is in charge of online and offline communications and the management international selections. She moved to London, where she continues to work in the marketing and communications industry, she is passionate about gastronomy and digital strategies. 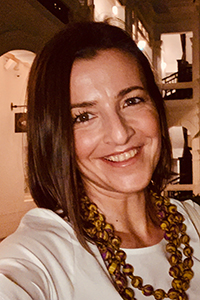 An Italian journalist transitioned to PR & Communication for International organizations with a passion for life from all points of view! Actually based in Singapore, her mission is to promote worldwide the culture and business of gelato, a food that she loves and represents the excellence and Italian creativity so well! Valentina loves creating connections and value, she deals with the planning and realization of cultural and educational projects, with the organization of events, online and offline communications, lobbying and networking activities, digital strategies and fundraising. The Gelato Worls Cup 2018 is her latest sweet challenge!

In 1978 abandoned his passion for engineering to concentrate his attention on the family business – “Gelateria Petrini dal 1926”. Thanks to the professional expertise accumulated, since 1990 has worked on various occasions as a consultant for gelato artisans. In 2003 became teacher of Science and Technology of Artisan Gelato at Carpigiani University and later with ALMA. From 1999 to 2002 was the Secretary of the “Accademia della Gelateria Italiana” (Italian gelato academy) and responsible for this association’s “exam board”. Since 2002 has been National Vice Chairman of Co.Gel. FIPE, responsible for the Research and Development Commission and the Association’s events; since 2003 has been responsible for the Gelato Forum at Rimini’s SIGEP, originator of the contest “The Gelato is Served” and member of  the Gelato World Cup organizing committee.

Born in Turin, in 1957 began working in one of the most famous milk bars in Turin, the “Cremeria” in Via Gramsci 12. Having learned the tools of the trade, he went on to own two other venues: the “San Quintino” cremeria (from 1968 to 1976) and the “Italia 61″ gelato parlour (from 1976 to 2000). Currently passes on his “experience” to the younger generations, teaching at the Istituto Beccari dell’ Arte Bianca and the Ascom For.Ter in Turin. Is also involved in the organisation of trade fairs and exhibitions in the gelato sector. Among the most successful, Dolcè (1st Gelato World Cup), Salone del Gusto, Salone dell’Arte Dolciaria, Expo Junior, Pageb, Alcom. Is a member of the EPAT management team, Organisation Secretary of the new Piedmont gelato Makers’ Committee, member of the national Co.Gel steering committee and also provides consultancy services for the start-up of new gelato parlours. Nominated Maestro del Lavoro (Master of Labour) for over 50 fifty years’ activity, is honorary chairman of the Turin gelato makers group. 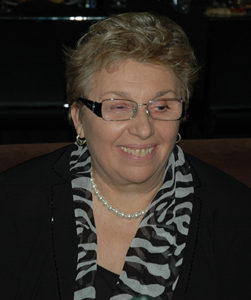 Worked in a bank in Turin and later helped her husband run the Turin gelato parlour “Gelateria Italia 61”.
Formed the world’s first group of lady gelato makers in Turin in 1985, taught in the Girona hotel school in Spain and has cooperated actively in the realization of the Piedmont gelato makers group’s most prestigious initiatives. Has been a member of the Gelato World Cup’s organizing committee since its foundation.