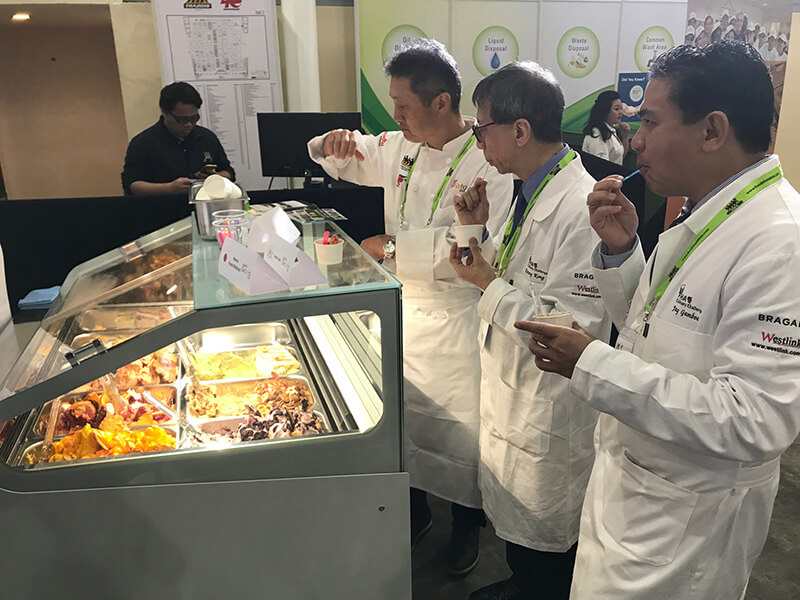 12 COUNTRIES WILL VIE FOR THE COOLEST WORLD TITLE ON 19-21 JANUARY 2020 AT SIGEP (RIMINI, ITALY): 11 TEAMS HAVE BEEN SELECTED, THE LAST BALLOT HAS BEGUN

Work is in progress for the ninth edition of the Coppa del Mondo della Gelateria (Gelato World Cup) – a biennial event signed by SIGEP-Italian Exhibition Group and Gelato&Cultura, a competition which compares the knowledge, the creativity and the innovation of gelato chefs, pastry chefs, ice carvers and executive chefs that have been selected as the best experts throughout five continents.

The teams selected for the 2020 Gelato World Cup span from Asia to Latin America, with a European heart that has never been so strong.

The countries that will surprise you with tantalizing gelato cakes, sublime frozen desserts and bright ice sculptures, on 19-21 January 2020 in the South Hall of Sigep – Rimini (Italy), are Mexico, Singapore, Malaysia, Japan, Germany, Italy, France, Spain, Poland, Argentina and Colombia.

This is the first edition where all the teams have been officially selected by the Committee of the “Coppa del Mondo della Gelateria,” as they supervised different competitions around the world. The selection process started 16 months ago with the competition at Feria Internacional del Helado in Mexico City (February 2018). It was followed by the Asian Gelato Cup at FHA in Singapore (April 2018), the Longarone Eis Challenge(December 2018), and Sigep Gelato d’Oro (January 2019). The selections in Warsaw (Expo Sweet) and Madrid (Intersicop) occurred in February 2019. Recentcompetitions were held at the Valrhona headquarters in TainL’Hermitage and at Fithep in Buenos Aires. Gelato – and Pastry – Chefs, Ice Carvers and Executive Chefs from all over the world have challenged themselves with spatulas, batch freezers and top-quality ingredients!

Only one place is still available. The Committee is examining the proposals of three countries (Australia, Hungary and Morocco). In a few days, the final verdict will be announced.

The team managers still have a few months to finalize the details of their participation.

“The trial dedicated to the decorated sundae cup has been replaced by the glass single-portion trial. This new type of frozen dessert presentation is booming worldwide. All other trials will not be changed. While we thank CompritalGroup for having sponsored several editions of Coppa del Mondo della Gelateria, we are pleased to announce the entry of PreGel as platinum sponsor of the competition. We are extremely pleased to say that Valrhona, Electrolux and Carpigiani are onboard too“.

Each team will be composed of a Gelato Chef, a Pastry Chef, an Executive Chef and an Ice Carver, all coordinatedby a Captain. What can we expect? 60 competitors, 14 technical judges, 7 international media jurors, 3 jurors and 8 race tests in 3 days (glass single-portion, mystery box, gelato-cake, entrée of haute cuisine, ice- and brittle-sculptures and the new trend of gelato snacks, in addition to the final Grand Buffet, which is the presentation of all the creations).

Fans and gelato-lovers can enjoy real-time updates on the website, on Facebook (the official profile is “Coppa Mondo Gelateria”) and on Instagram (@gelatoworldcup). The hashtag confirmed for the next edition is #CMG2020.