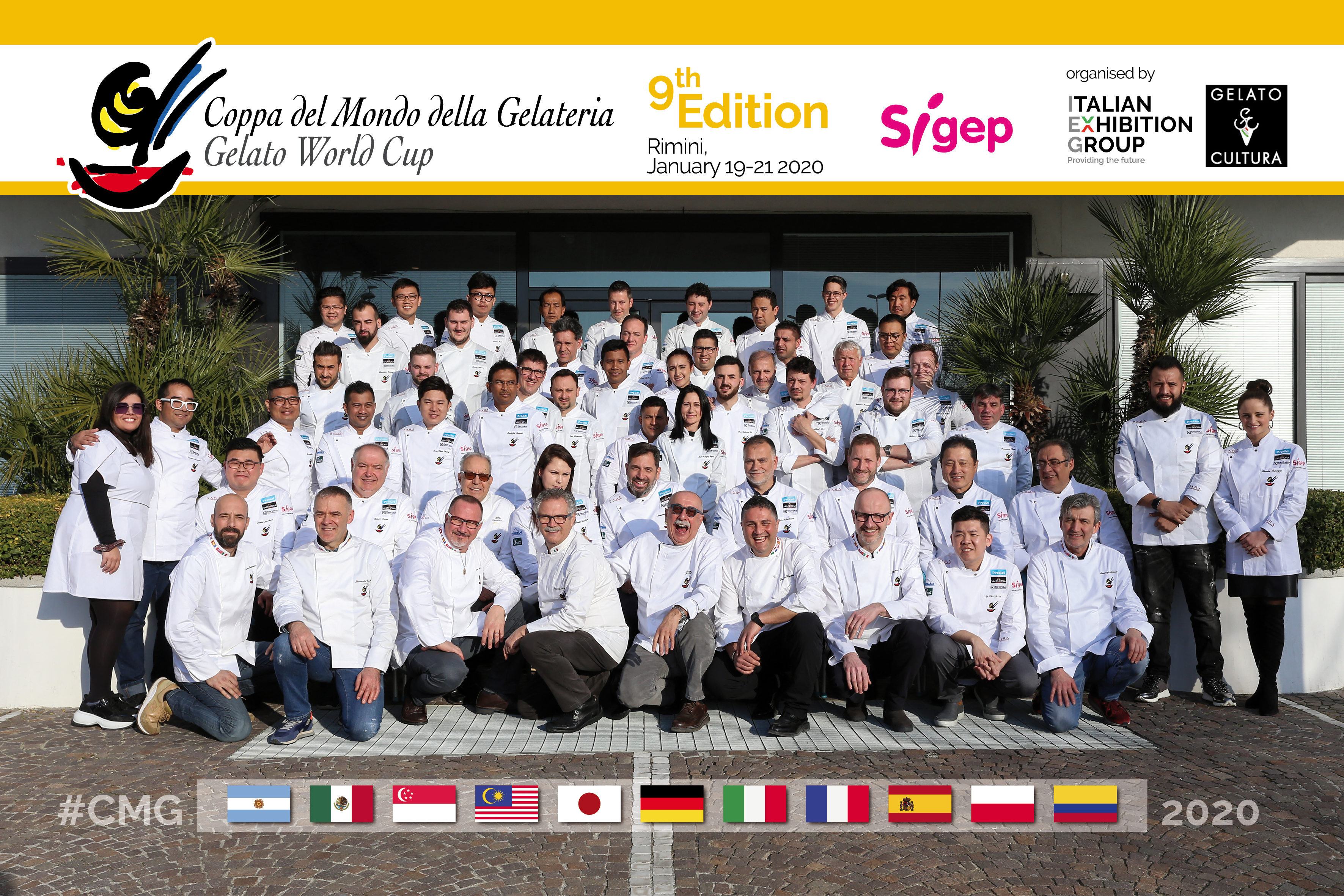 The 9th Coppa del mondo della Gelateria is starting! The event, organised by SIGEP – Italian Exhibition Group (IEG) and Gelato & Cultura, will take place from 19 to 21 January 2020 in the South Hall of Rimini Expo Center, during the 41st International Trade Show of Artisan Gelato, Pastry, Bakery and the Coffee World. Eleonora Cozzella and Spiridione Ripaldi will present again the race. Cheering on social media is higher than ever, in every corner of the planet. Below (in alphabetical order) all the members of the eleven teams.

12 technical judges: the 11 team leader and Pier Paolo Magni as President of the Jury. On the field we will see three experienced technical commissioners: Sergio Colalucci, Sergio Dondoli and Gaetano Mignano.

Each team includes a gelato chef, a pastry chef, a chef de cuisine and an ice sculptor. The 12 team leaders judge 8 race tests in 3 days (glass single-portion, mystery box, gelato-cake, entrée of haute cuisine, ice- and brittle- sculptures and the new trend of gelato-snacks, in addition to the final Grand Buffet, which is the presentation of all the creations). The students of Istituto Alberghiero Sigismondo Pandolfo Malatesta (Rimini) passed the national selections and will support the champions during the race.

Fans and gelato-lovers can see the live streaming gelatoworldcup.com and enjoy real-time updates on Facebook (the official profile is “Coppa Mondo Gelateria”) and on Instagram (@gelatoworldcup). The hashtag confirmed for the next edition is #CMG2020.